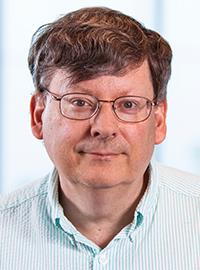 Dr. Roberts' research and teaching interests center on the analysis, simulation, and control of human-robot systems, especially for the design of fault-tolerant systems and the control of teleoperation systems. He has authored or co-authored over 150 refereed publications in journals, books, and conferences. His research has been supported by NSF, US Air Force, Army Research Laboratory, NASA, National Imagery and Mapping Agency, Missile Defense Agency, and the Air Force Research Laboratory.