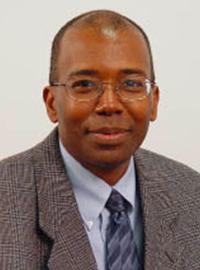 Dr. Reginald J. Perry received the B.E.E (Highest Honors, Co-op)., M.S., and Ph.D. degrees in electrical engineering all from the Georgia Institute of Technology. After receiving the M.S., he joined IBM as an associate engineer in the area of high-performance CMOS SRAM development. He returned to Georgia Tech in 1986 to pursue his Ph.D. as a student of Professor John Uyemura. After graduation from Georgia Tech, Dr. Perry joined the faculty at the joint Florida A&M University-Florida State University (FAMU-FSU) College of Engineering as an assistant professor of electrical engineering. In 1999, he was named as chair of the renamed Department of Electrical and Computer Engineering. During his tenure as department chair, the ECE department implemented the first ABET-accredited undergraduate degree program in computer engineering at a historically black university. Dr. Perry served as department chair for five years until the fall 2004 semester when he accepted his current position as associate dean for student affairs and curriculum at the joint College.

Dr. Perry's research interests include rapid prototyping using field-programmable logic devices, CMOS-based optoelectronics, and engineering education. Since 1999, he has been a co-PI and the project director for the Florida A&M University-Undergraduate Program project. This project, sponsored by the National Science Foundation, is designed to better prepare science, technology, engineering, and mathematics (STEM) students for advanced degrees in the STEM fields. The first phase of the project (1999-2004) directly impacted over 250 Florida A&M University STEM students during which time the University graduated almost 900 students in one of the STEM areas targeted by the project. The second phase of the project (2005-2010) focuses on the development of a STEM Learning Community at Florida A&M University. In his duties as engineering associate dean, Dr. Perry's office assist engineering students in many areas including recruitment, retention, and adherence to requirements.