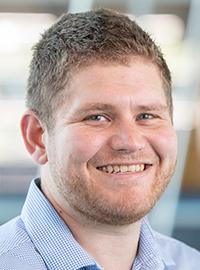 Peter Cheetham was born in Auburn, New South Wales, Australia, in 1990. He received the B.Sc. degree in Electrical Engineering (Hons 2nd Class) in 2014 from the University of Western Sydney, Australia. During his undergraduate degree, he received an Australian Power Institute Bursary (2009), the Jim Anderson Scholarship (2009), and the Mobility in Asia and the Pacific Scholarship (2011). During his undergraduate degree, he completed numerous internships at TransGrid, the owner, operator, and manager of the high voltage transmission network in New South Wales and the Australian Capital Territory. His undergraduate honors thesis research was on density monitoring of high voltage SF6 circuit breakers.

Peter received a Ph.D. in Electrical Engineering at Florida State University in 2017. During his graduate degree, he was also a Research Assistant at the Center for Advanced Power Systems where he assisted in the operation and maintenance of the High Voltage Laboratory. Upon graduation, he became a Postdoctoral Scholar at the Center for Advanced Power Systems and has become the lead researcher in the High Voltage Laboratory. He is currently responsible for the supervision of several undergraduate students and a Ph.D. candidate.

Peter has published 17 refereed conferences and journal proceedings as well as presented his research at several international conferences, which includes multiple invited presentations. At the 2016 IEEE Applied Superconductivity Conference in Denver, Colorado, Peter received The Victor Keilin Memorial Prize (Large Scale) Best Paper for "Innovations in Magnet Science and Technology" sponsored by Friends of Victor Keilin for the presentation entitled "Design and Fabrication of a Novel High-Temperature Superconducting Power Cable with Gaseous Cryogen as the Dielectric Medium" and 2nd place in the Best Student Paper in Large Scale for the same presentation mentioned above. Peter was also the recipient of Florida State University’s 2017 Graduate Student Research and Creativity Award.