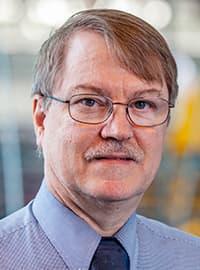 Plasma Reaction Engineering - A non-thermal plasma is a system of highly ionized species which are on average electrically neutral and where the temperature of the free electrons greatly exceeds the temperature of the background species. This type of plasma can be produced, for example, by a high voltage electrical discharge. Non-thermal plasma has the advantage that the electrical energy of the discharge is directed primarily into increasing the kinetic energy of the electrons rather than to heating the background gaseous species. These highly energetic electrons can be used for a number of purposes, mostly dealing with initiating desirable chemical reactions in bulk gases or liquids, or on the surfaces of solids. For example, gas phase discharges can be used to reduce, or oxidize - depending upon the chemical environment, hazardous and toxic gases such as nitrogen oxides and sulfur dioxide. Gas phase electrical discharges have also been used commercially for the production of ozone for many years. Electrical discharges made in contact with liquid water have recently been used to oxidize small aromatic organic species as well as make nano-particles and treat biological tissue.

The major focus of our research on electrical discharge processes is directed towards environmental and agricultural applications. The major objectives are to develop a fundamental understanding of the plasma chemical processes occurring in electrical discharge plasma in multiphase environments, particularly in gas-liquid (water) systems. We are currently focusing on the fundamental aspects of the design, chemical analysis, and operation of plasma reactors with water films and nanosecond pulsed discharges. This work is currently supported by the National Science Foundation.

Metabolic Engineering in Muscle - Muscle cells are highly organized and designed structures that have a large diversity across the animal kingdom. We are currently working on the analysis of the effects of cell structure and metabolite diffusion on the chemical reactions involved in aerobic energy metabolism. Mathematical models of the chemical reaction networks in muscle have been developed to describe the diffusion and reaction processes of primary energy metabolites in the complex structure of the muscle. The modeling work is closely coupled to the experimental data obtained by our biology collaborator, Dr. Steve Kinsey (UNC - Wilmington). The overall goal is to develop our understanding of the spatial and kinetic parameters that control metabolism in normal and diseased tissue. This work is funded by the National Science Foundation and NIH.

Fellow of the American Institute of Chemical Engineers