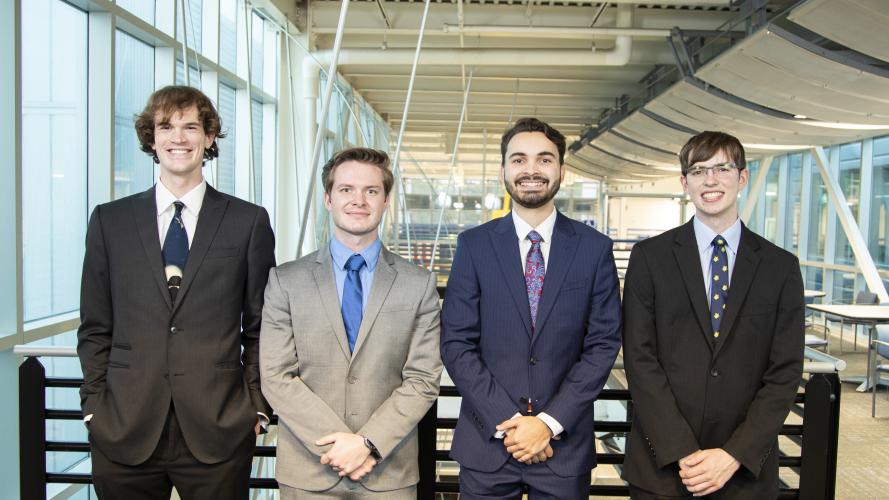 The Florida Center for Advanced Aero-Propulsion focuses on aerospace and aviation research and technology. FCAAP continually seeks to improve current technology by providing testing and evaluation services to this industry. Because FCAAP has identified the benefits of finless missiles, we looked into new methods of flight control without using fins, specifically a missile with a rotating and deflecting nose.

Missile technologies often use fins to control the missile. Removing the fins allows for more usable space within the design, allowing for increased storage of items such as fuel or electronics. The nose of the missile shows promise when used as a tool for improving mobility. Compared to fins, a rotating nose needs less power to move at high speeds. This means the motors will need less space in the missile. Adjusting the nose is an ideal choice for improving missile control.

We tested the model in the lab to understand the benefit of the rotating nose for control. To control the nose, internal motors connect to a controller outside the tunnel. This controller enables the nose to move during testing. Using existing software and coding, the influence of the rotating nose on the missile control can be seen using advanced testing techniques. Our tests show a picture of how the air moves near the missile nose to better understand the changes caused by the nose rotating. Our results allow for the comparison between the effectiveness of the moving nose compared to the rotated fins.