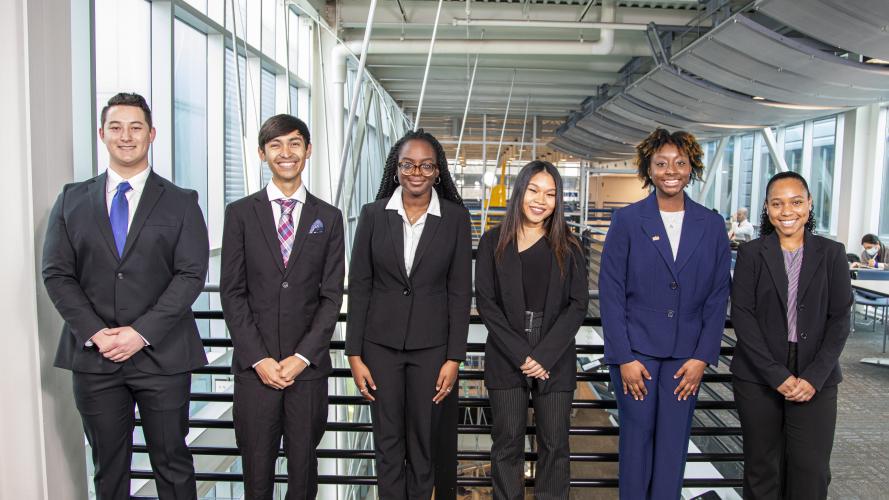 With its rise in popularity, thousands of industries worldwide have switched to 3D printing for production due to its low-cost for manufacturing and testing parts. The 3D printing process involves melting plastic materials at high temperatures to build up the desired product. However, melting plastic emits harmful chemicals into the air, which can cause health risks ranging from mild to severe. Some solutions to tackle this problem include adding an enclosure and filtering the air. An enclosure is a box that keeps the emissions within it so they are not released into the open air, while also filtering to remove some or all the emissions.

We designed a carbon capture system, which includes sensors, filters, and an enclosure for a 3D printer farm. A 3D printing farm is a group of printers running together for larger-scale production. This task is sponsored by Ford Motor Company and the Centers of Research Excellence in Science and Technology’s Center for Additive Manufacturing who will use it for future development. The proposed system improves user safety and environmental impacts. We used CAD to digitally create a printer enclosure suitable for the 3D printing farm. Sensors verify that adding an enclosure with filters lowers emissions released into the open air.

We tested with a Creality Ender 3 Pro, a 3D printer model provided by the FAMU-FSU College of Engineering. We also proposed an improved layout of the 3D printing room at the college to perfect workflow with OSHA standards in mind. There are plans to implement the 3D print farm enclosure and room layout in the college’s 3D printer room.